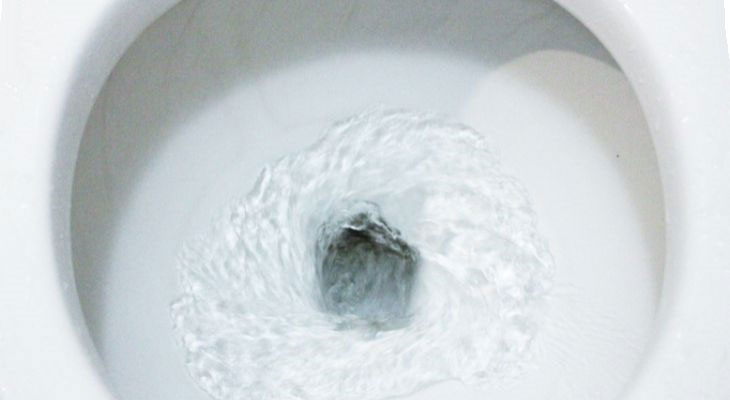 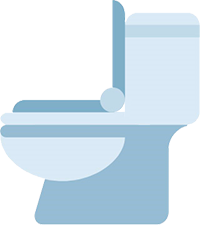 Did you know that for most of human history, toilets couldn't automatically empty themselves of waste? While this fact might seem obvious, it's easy to take flushable lavatories for granted in today's modern world. However, when it comes time to purchase replacements/upgrades for your existing commercial restroom, it's essential that you understand flush valves, how they work, and which are ideal for your situation. For your shopping convenience, here is a brief guide to choosing automatic flush valves for your commercial facilities.

As you'll learn soon, flush valves are vital in allowing a toilet to flush correctly. Without them, the responsibility of removing waste would fall on our shoulders - a reality for much of human history. While there is some evidence/remains of ancient flush toilets with working valves from early civilizations, the designs and overall technology were most likely lost during the fall of Rome. It wasn't until 1596 that Sir John Harington, an English courtier and inventor, created plans for a flushable toilet bowl.

The design included a removable relief opening that eliminated much of the cleaning labor required following a bathroom break. It's worth noting that the primary mechanism at play in these plans is quite similar to the plumbing infrastructure remains found on the island of Crete (Minoan Palace of Knossos), meaning it was created by a civilization thousands of years before Harington! Named The Ajax, the English government didn't take Sir John Harington's project seriously. Instead, the French gravitated towards Harington's invention, helping invest in its further development under the name The Angrez. In 1738, Englishman J.F. Brondel officially introduced the world to valve-type flush toilets. With his invention came plenty of innovation, including the creation of the S-trap by Alexander Cummings in 1775, which effectively contained foul odors emanating from the sewer. This technology involves standing water and is still used today!

Two years after the S-trap's introduction, another inventor named Samuel Prosser created the plunger closet. This bathroom design featured an internal plunger that acted as the primary flushing mechanism that, while promising and functional, tended to accumulate waste. Fellow Englishman and inventor Joseph Bramah was awarded a patent for his more hygienic "crank and float" valve flush toilet creation in 1778, with the product instantly becoming a popular inclusion for boat lavatories. Other notable innovations include the creation of a modern siphon discharge system by Albert Giblin (1819) and the wash-out design by J.G. Jennings (1852).

However, the most notable individual associated with modern flush valves and toilets is undoubtedly English plumber and business owner Thomas Crapper. Crapper actually used Albert Giblin's 1819 Silent Valveless Water Waste Preventer when manufacturing and distributing toilet models. His business was lucky to receive a royal warrant in the 1880s, which helped popularize this efficient toilet design. Crapper's company also improved upon the mechanics to make a floating valve system that was less likely to leak. In 1885, lesser-known toilet contributor Thomas Twyford took J.G. Jenning's 1852 wash-out design and invented the one-piece China toilet, which was more sanitary than traditional two-piece models.

As indoor-plumbing laws and requirements became more standardized worldwide, flush valves and toilets were slightly improved, tinkered with, and modernized! Today, we have access to a wide array of different types of flush valves, each providing its own unique benefits and functions. Amongst these valve variations is the automatic toilet flusher, a convenient invention that can seriously improve the quality and experience of your commercial restroom.

Now that you have a greater understanding of the evolution of flush toilets, we can explore the basic functions and everyday applications of automatic flush valves. Unlike other flow-control products, automatic valves don't require manual manipulation/interaction to activate. Instead, the lavatory patron waves an extremity past a sensor to initiate a pre-programmed flush. Certain models feature manual override actuators (buttons, levers, etc.) in case the sensor fails to detect movement.

There are plenty of benefits associated with implementing these devices into your toilets and urinals, including increased hygiene and sanitation, decreased water/energy consumption, and an overall improved convenience. Importantly, automatic flush valves are almost always exclusively compatible with tankless toilets. As such, the most common applications for these valves are commercial restrooms that see heavy traffic throughout the day. Additionally, these sanitary components are perfect for businesses, schools, and other buildings where the spread of illness is more likely to occur due to cross-contamination.

And now, the real reason you're here - it's time to pick out the ideal flush valve for your commercial restroom! Whether manual or automatic, there are a few things you must always consider when shopping for latrine components, including the specifics of your existing plumbing, toilet/flush system, your budget, and the size of your space. For example, Sloan toilets and products sometimes feature hardwired hookups, meaning you need to order a brand-specific Flushometer sensor to ensure proper performance and functionality.

Conversely, some models are "retrofit" compatible and easily installed over your current flush valve design! Furthermore, it's essential that you know the size of your drain opening and whether your toilet/urinal is pressurized or gravity-fed. Pressurized flush systems feature a built-in mechanism that pushes the waste down, while gravity-fed toilets pull down water - pressurized models are often more powerful and are commonly found in commercial bathrooms.

If you're ever unsure of how to determine the above information, it's recommended that you reach out for professional assistance. For instance, you can contact our friendly team at Air Delights today to learn more about our automatic flush valves and which models/measurements are best for your facility! We can discuss the possibilities of using retrofit devices or pursuing replacement systems altogether.

Follow this guide to choosing automatic flush valves to ensure your purchase is practical and successful! Once ordered, consider hiring professional installation services if plumbing (specifically on a commercial scale) is not one of your talents. Or, contact us at Air Delights for more personal assistance on your purchased flush valves and related products. 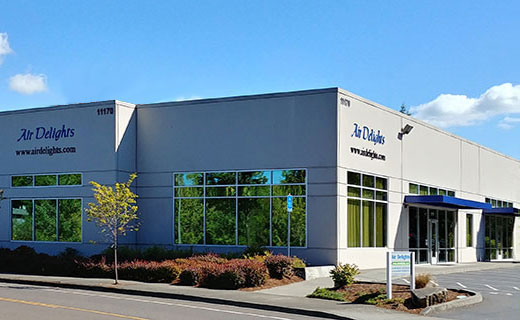