Because the cover is the air freshener, Easy Fresh has the most exposed surface area of any refill resulting in maximum fragrance release. 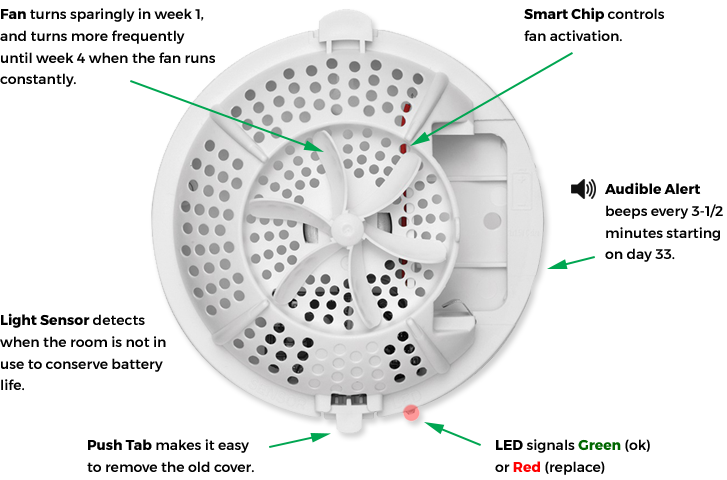 The Easy Fresh fragranced cover is composed of a unique material containing 2-3 times more fragrance than gels or metered aerosols. The motor-driven fan moves fragrance further than a typical passive system, thus freshening larger areas. The smart system behind the Easy Fresh releases approximately the same amount of air freshener daily over 30 days by turning the fan sparingly in week 1, and gradually turning it more frequently until week 4 when the fan runs constantly. The smart dispenser comes with a light that alerts you to change your cover after 30 days, and begins counting down another 30 days once you change the cover!

Easy to use
Maintenance is simple with easy to use LED and audible reminders along with a push button cover for quick removal and replacement.

Safe for the environment
Cannot spill or misfire, part of the industry's first closed-loop recycling program so it's easily recyclable.