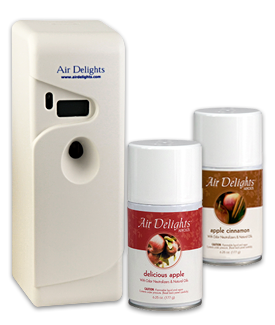 Get Free Shipping When You Order By The Case!

Or, if you prefer: choose from the selection below 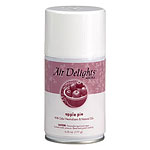 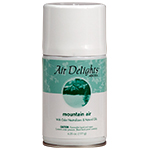 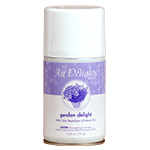 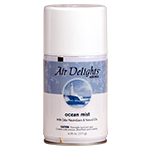 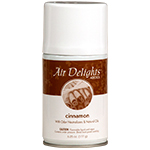 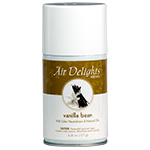 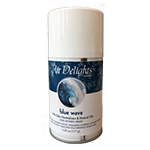 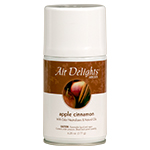 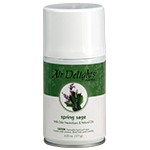 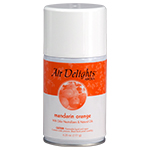 Air Delights Air Fresheners are produced from the highest quality fragrance essential oils and include a large variety of fresh scents to choose from. Some of our more popular fragrances are Fresh Linen, Cinnamon Spice, Blue Wave, Spring Sage, and Vanilla Bean. The Air Delights fully programmable automatic dispenser is a battery operated LCD display dispenser that can be placed anywhere a fragrance is desired or to neutralize odors.

Our dispenser can be programmed for certain hours of the day, for example the dispenser can be set to operate Monday thru Sunday from 5am to 5pm. This saves on battery life and extends the life of the air freshener refill maximizing odor elimination. The AutoMist programmable dispenser can also accept both 3000 meter refills and 9000 meter refills. The Air Delights metered air freshener refills also fit all other brands of dispensers like Glade, AirWick Freshmatic Ultra, Rubbermaid, Technical Concepts, and TimeMist.

For more programming features check out our other programmable spray dispensers that can be programmed for certain days of the week as well as hours of the day, giving you even more control over the life of your air neutralizer refills. The Select AutoFresh Dispenser, Microburst 3000 and Microburst 9000.