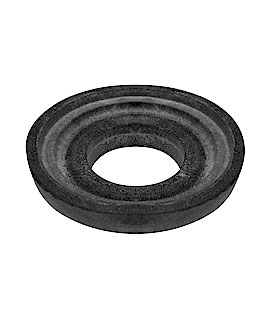 This gasket is located in between the toilet bowl and the toilet tank. Universal fitment between all makes and models.

There are no reviews on this product at this time.